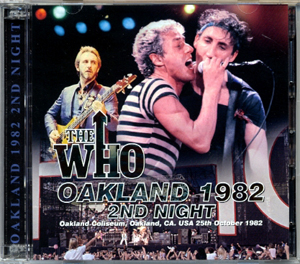 It was a Monday at the end of October that The Who played their second concert in Oakland. Just that Saturday, Day On The Green had The Who headline before sold out the outdood Oakland Colesium. I got tickets for the indoor show and took my soon to be wife Sallie to experience one of the best rock and roll bands of the world. As usual I wanted to get in line early for the general admission floor to get a good spot with my trusty SRT-101. Sallie was up for the challenge at that point in the day!

There were two opening bands before The Who. T-Bone Burnett and The Clash. So far, Sallie was not impressed though the sold out arena definitely was. 14,172 fans were having a great time through both brief sets and both bands knew that they were there to pad time for the The Who – definitely why we all were there doing our best to show appreciation. 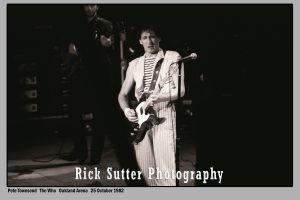 I was about 50 feet from the front of the stage when the lights dimmed and a hum of POWER from the massive wall of amplifiers filled the arena as swarms of claps, howls and shouts cuased the crowd to surge towards the stage. The first chords out of Townsends guitar were from My Generation! Are you kidding me! Daltrey came to the front of the stage and did his classic mic whip, stuttering the words and we were literally lifted and being moved towards the front of the stage. I was loving evry second though Sallie made it very clear! ‘Let’s get out of here!’ and pointed to the side of the arena. I complied and we made our way to get off of the main floor. As we got to the side a large security guard grabbed our hands to help us get our footing on the stairs. I found two seats as close to the stage as I could and Sallie leaned over to me and shouted into my ears “If you EVER want to go to another concert like this… please, go by yourself!” 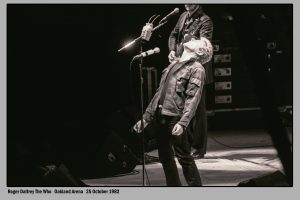 The Who October 25 Live audio

The next song quickly followed… ‘I Can’t Explain’ a song Townsend wrote after a failed crush when he was 16. Townsend later lamented in an interview in Rolling Stone that he literally hated to play that song that was over 50 years ago… something I am sure he never imagined he would still be writing, recording and performing with his bandmates.

A lesser known song off the current “It’s Hard” release was next: Dangerous:

“Sister Disco”, a song from Who Are You – released in 1978 was a crowd favorite. Townsend claimed that he spent hours perfecting the synthesizer bits for that track. 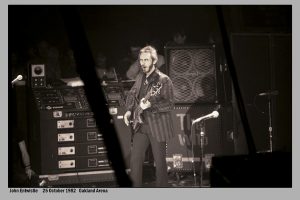 “It’s Hard”, the title track from the CD of the same name was a classic Who ditty. Daltrey was in fine form.

“Classic’ synth played by Tim Gorman intro caused the crowd to roar in approval as “Eminent Front” was the next track. The Who had the crowd in tune when two songs from Who’s Next were played. The Classics “Behind Blue Eyes”, “Baba O’Reilly” (Townsend’s ode to his Guru Meher Baba) had the crowd bopping and jumping with joy.

“Tattoo” was a song that Townsend wrote in 1967 and was on The Who Sells Out release of the same year. Coincidentially the first time Tattoo was played was at the Cow Palace in Daly City, CA.

Quadaphenia track “Drowned’ is next on the setlist. This was one of the ‘easier’ and less techical song from the double LP that The Who loved performing live.

Then ‘Who Are You” is belted out by Roger and Townsend is doing his classic guitar arm waves! Then the concert want on autoHit! 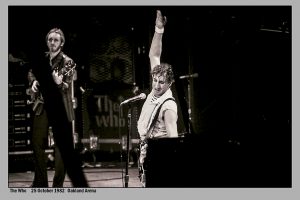 Tommy hits – “Pinball Wizard” and “See Me’ Feel Me’ and then another Who Classic “Substitute” was next.

The band were in strides now as they belted out their Hit from Odds and Sods ‘Long Live Rock the 20th song on the set list!

Next was the final song of the concert – the iconic ‘Won’t Get Fooled Again!” We KNEW they would be back for an encore! This was Kenny Jones’ last tour with The Who and the drum solos was amazing – what a kit though nothing as electric as the original by Keith Moon! 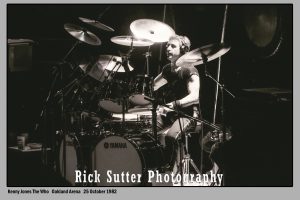 The Who left for a couple of minutes and to the roar of the sold out arena reemerged to the stage to play 5 more songs:
“Athena” from It’s So Hard , “Young Man’s Blues” that track that I still remember so well blasting it from the Live at Leed’s release years before. Next was the classic Beatles tune “Twist and Shout” and then another track from Odds and Sods “Naked Eye”

24 songs played and one final hit was played as the last sone of a 2 hour + concert: “Summertime Blues”! Eddie Cochran would be proud. 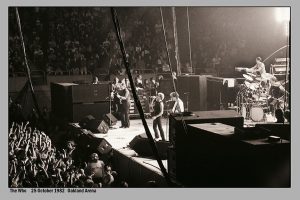 This was a concert for the memory books for sure. MY ears were definitely ringing. I continually notced Townsend move to his amp to crank it higher and higher. I can understand why he has such poor hearing tday! 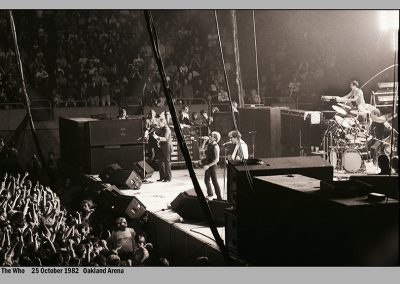 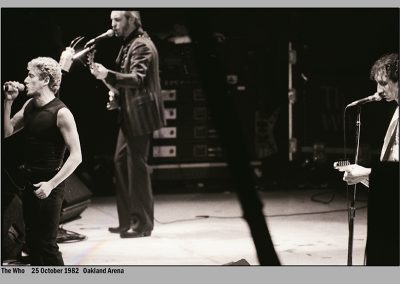 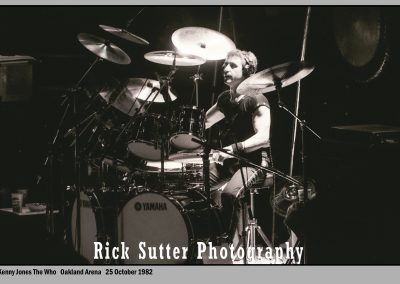 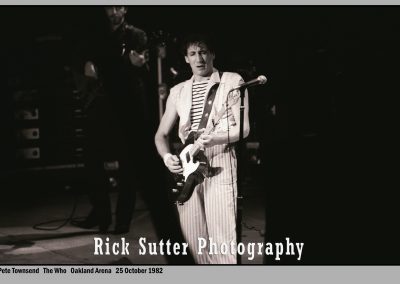 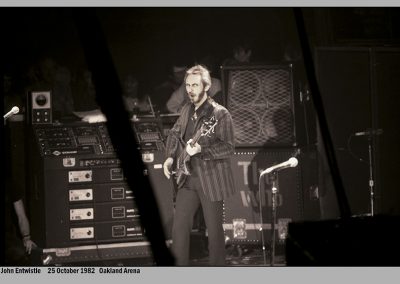 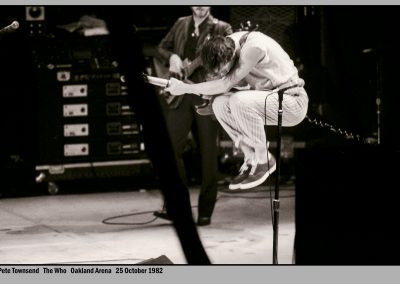 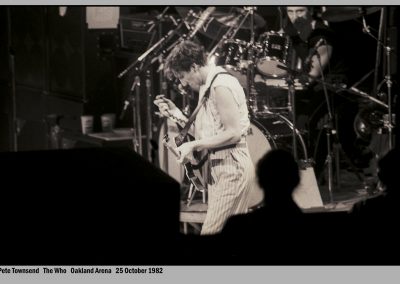 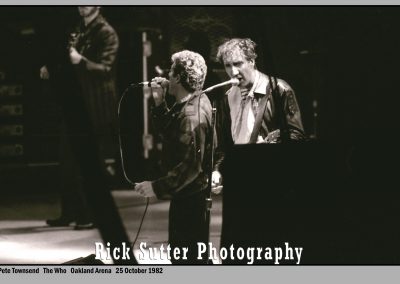 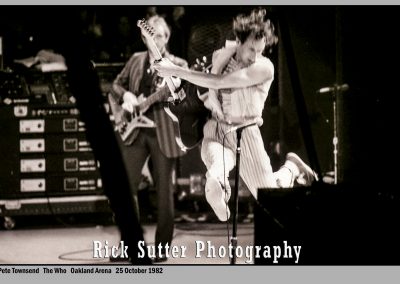 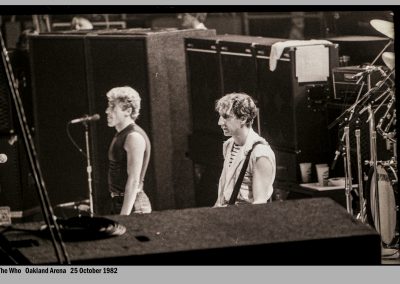 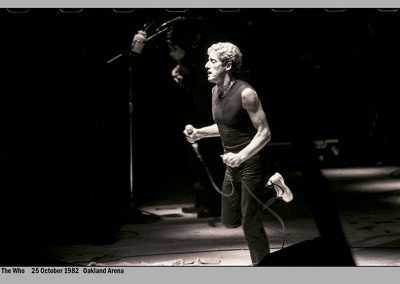 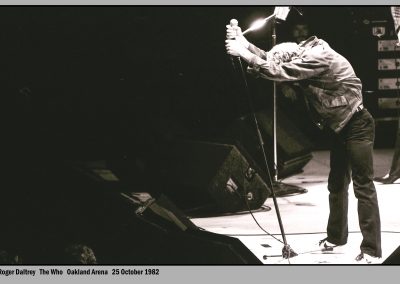 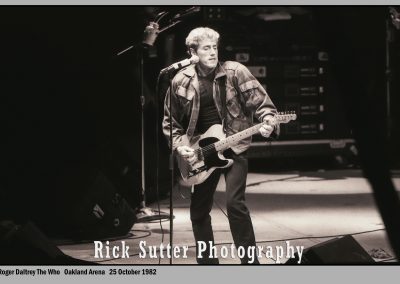 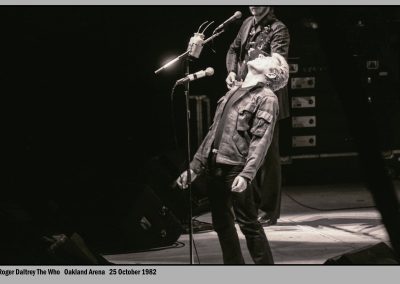 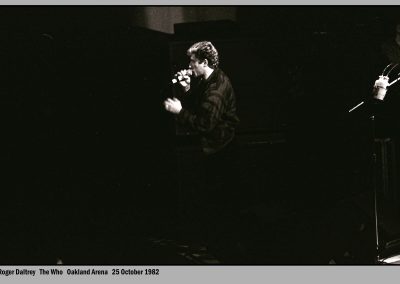